The mystery of neutrino mass doesn’t stop at how much they weigh—it also extends to which one is the lightest.

We know there are three flavors of neutrinos: electron, muon, and tau neutrinos. But there are also three different mass neutrinos: ν1, ν2, and ν3, alternately referred to as mass 1, mass 2, and mass 3. If each flavor of neutrino matched up with one specific mass, then life would be simple—but boring. Neutrinos are tricky, and it turns out that the mass and flavor neutrinos do not overlap perfectly.

The important thing to know for this mystery is that scientists don’t know whether ν3 is much heavier or much lighter than the other two mass state neutrinos. And if it is the lightest, it would be a big surprise! 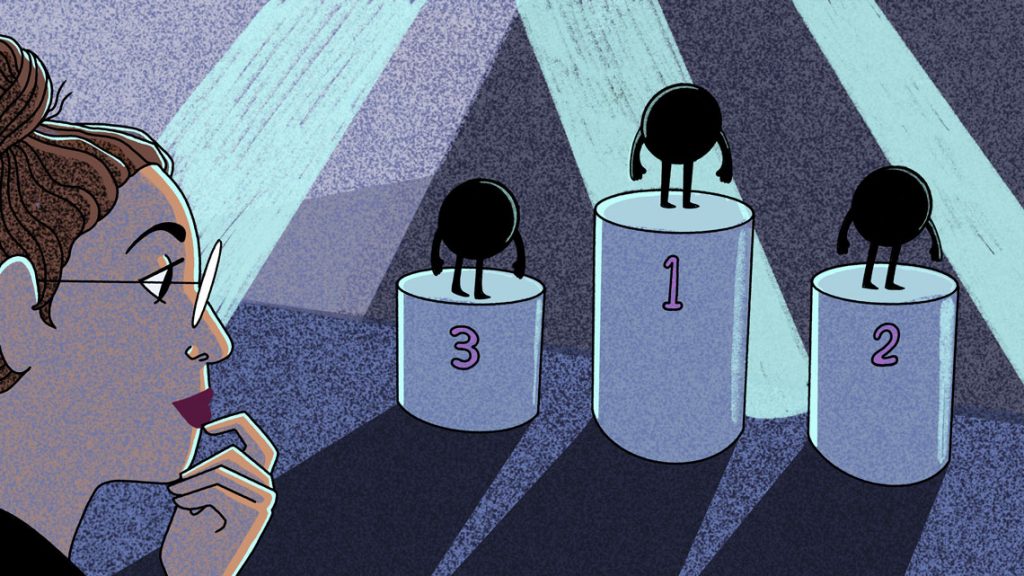 Neutrino physicists often talk about two scenarios for how neutrino mass might shake out. (This ordering of neutrino masses is sometimes given the term “hierarchy.”)

In the “normal mass ordering,” ν1 is the lightest, ν2 is the middle-weight, and the ν3 is the heaviest. This is called normal because it mirrors the masses of the particles that are associated with neutrinos. The electron is much lighter than the muon and tau particles, so it seems normal that the mass neutrino that usually shows up as an electron neutrino would be lighter than the other mass neutrinos. Put another way, the electron neutrino is mostly made up of the neutrino mass state that is the lightest of the mass states.

Scientists can check whether neutrinos come in the normal or inverted mass ordering with experiments that look at how neutrinos change over long distances. If things are “normal,” certain neutrino oscillations (changes between flavors) should happen at a higher rate than in the inverted world.

Each of those mass states has a probability of interacting as each of the flavors. 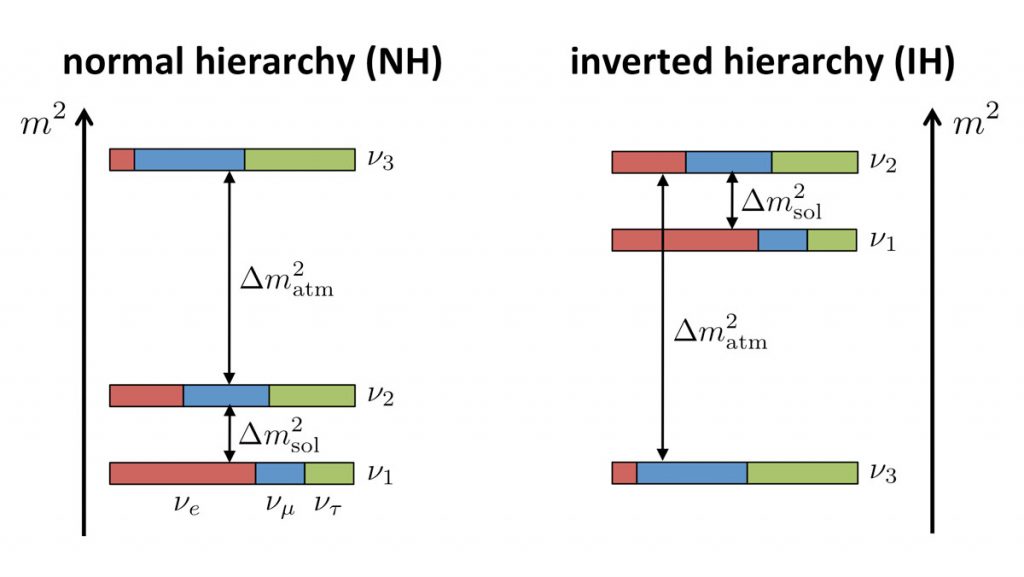 Scientists have figured out a few things about the mass ordering of neutrinos in experiments.

By observing how electron neutrinos produced in the sun change into muon and tau neutrinos, they learned that ν1 and ν2 have very similar masses. Mass 2 is slightly heavier than mass 1, and the difference in the squares of the masses is less than one part in 10,000. Thus, they know the order of these two neutrino mass states. 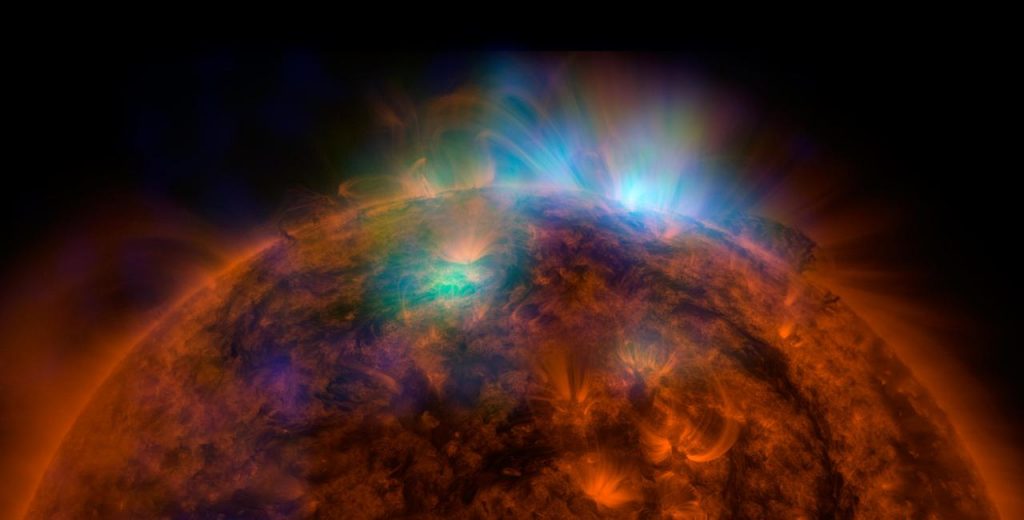 Researchers also know a bit about how ν3 relates to ν1 and ν2 thanks to atmospheric neutrinos, which are produced when charged particles interact in Earth’s upper atmosphere. These neutrinos are produced primarily as muon neutrinos. Observations of the number of these muon neutrinos interacting in detectors around the world have shown that the differences in the squares of the masses between the third mass state and the other two mass states is much larger than the difference between the first and second mass states. In this case, the difference is about one part in 400. Or, to say it another way, mass 3 is very different from mass 1 and mass 2.

What scientists have not yet determined is whether the mass 3 neutrino is heavier or lighter than the other two. To figure it out, they are performing experiments where neutrinos are created at known energies and then allowed to propagate through enough of Earth, producing a similar effect to what happens when electron neutrinos travel through the sun. If the third mass state is lighter than the others, then the oscillation probability will be lower than expected when the neutrinos travel through vacuum, while if it is heavier, the oscillation probability will be higher than expected in vacuum. The opposite relationship is true for antineutrinos, and experiments compare the differences between the two to look for differences between matter and antimatter.

Physicists are not yet sure what the ordering of the neutrino masses tells us about the universe. There are many possible Grand Unified Theories, which seek to explain particle interactions as different manifestations of a single force, that predict the mass 3 neutrino is heavier than the other two. On the other hand, if the third mass state were lighter, a host of other theories about the nature of matter would become possible. In the end, scientists have to measure the ordering of the masses first, before they can use that information as a piece of the puzzle to learn more about the nature of matter and the universe. 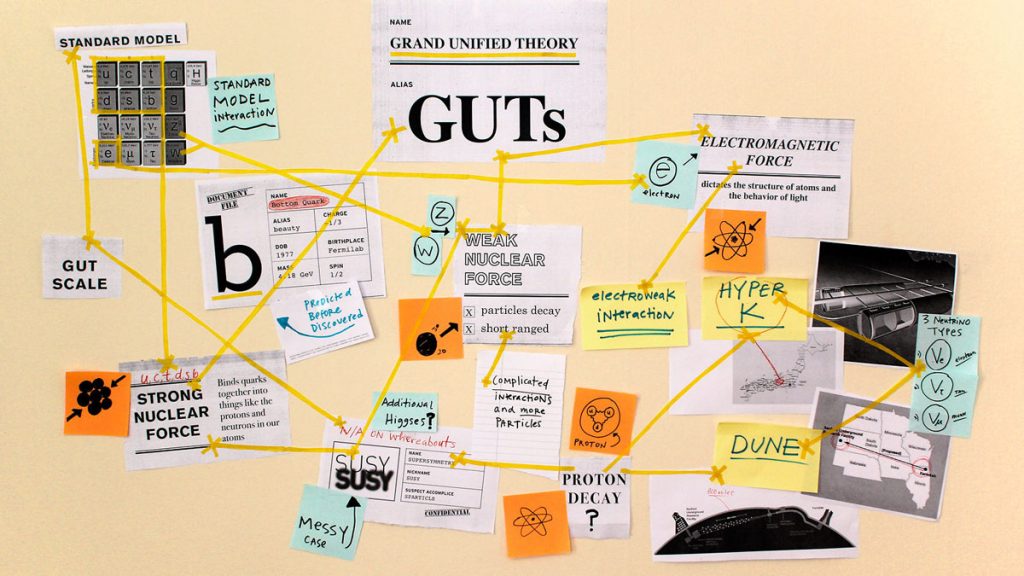