Neutrinos react rarely with normal matter, making them great messengers for phenomena happening far beyond our own galaxy. Undeterred by intervening planets, stars, and light-years of space, these neutrinos carry information from distant sources to our doorstep. It’s the dawn of neutrino astrophysics!

Cosmic neutrinos are generated by cosmic rays in extragalactic sources that can be thought of as “cosmic accelerators.” 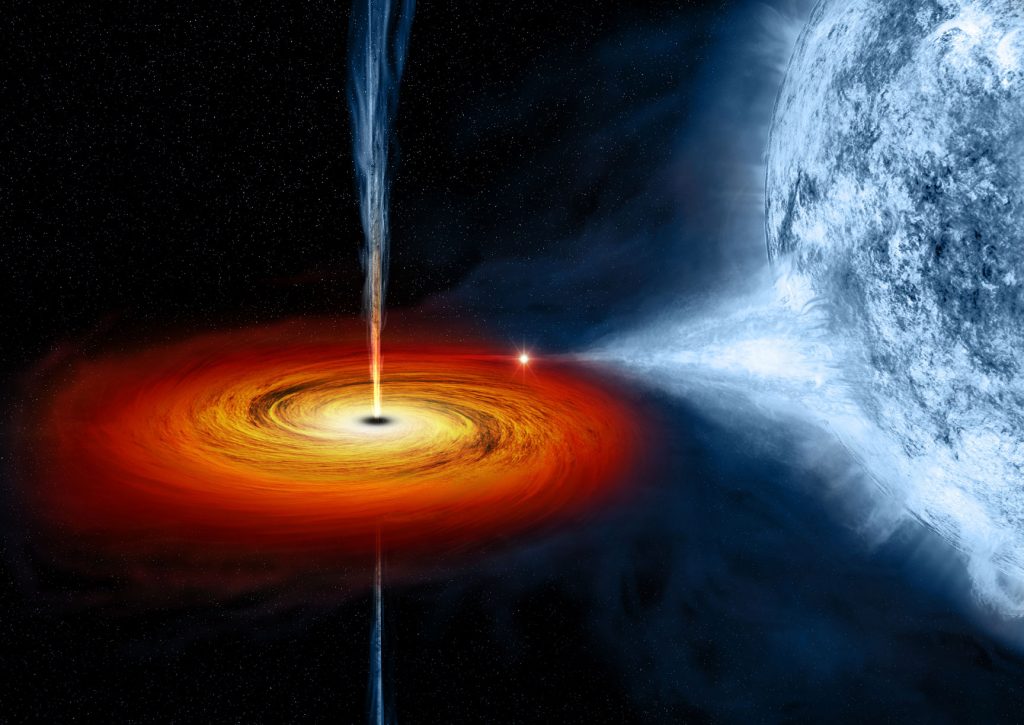 An artist’s illustration of a black hole. Black holes are one kind of cosmic accelerator that could be sending us high-energy neutrinos. Credit: NASA/CXC/M.Weiss

These neutrinos carry far more energy than any other kind of neutrino we see here on Earth—and more than we could hope to produce in any of our experiments. They’re particularly important because they point to intense events in the cosmos. The exact source (or sources) is still a mystery, but it could include objects such as black holes, pulsars, the remnants of supernovae, energetic explosions called gamma-ray bursts, and active galactic nuclei (the bright, compact region at the center of a galaxy). Or it could be an entirely new type of source that scientists have never seen before. 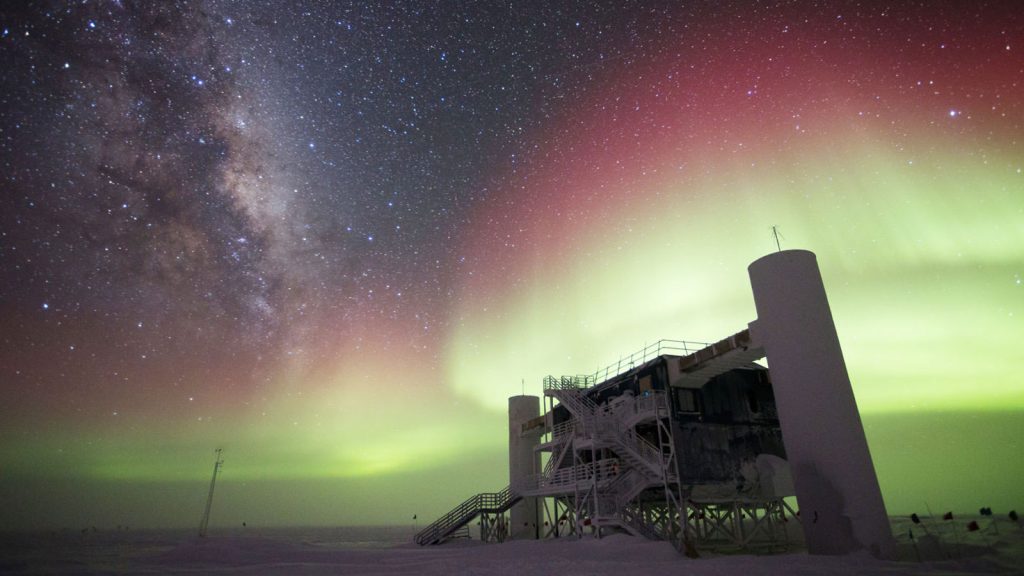 The IceCube experiment at the South Pole uses a grid of sensors beneath the ice to look for energetic neutrinos from beyond our galaxy. Credit: Ian Rees, IceCube/NSF

IceCube also traced a high-energy cosmic neutrino back to its source for the first time in 2018. The culprit was a blazar, an energetic galaxy powered by a supermassive black hole. This ushered neutrinos into the age of multi-messenger astronomy, which uses signals from different kinds of messengers (including neutrinos, cosmic rays, gravitational waves, and electromagnetic radiation, or light) to study cosmic phenomena.