A neutrino is a particle! It’s one of the so-called fundamental particles, which means it isn’t made of any smaller pieces, at least that we know of. Neutrinos are members of the same group as the most famous fundamental particle, the electron (which is powering the device you’re reading this on right now). But while electrons have a negative charge, neutrinos have no charge at all.

Neutrinos are also incredibly small and light. They have some mass, but not much. They are the lightest of all the subatomic particles that have mass. They’re also extremely common—in fact, they’re the most abundant massive particle in the universe. Neutrinos come from all kinds of different sources and are often the product of heavy particles turning into lighter ones, a process called “decay.”

These little particles have an interesting history. First predicted in 1930, they weren’t discovered in experiments until 1956, and scientists thought they were massless until even later. While we keep learning more about neutrinos, with new answers come new mysteries.

Neutrinos are also tricky to study. The only ways they interact is through gravity and the weak force, which is, well, weak. This weak force is important only at very short distances, which means tiny neutrinos can skirt through the atoms of massive objects without interacting. Most neutrinos will pass through Earth without interacting at all. To increase the odds of seeing them, scientists build huge detectors and create intense sources of neutrinos.

Physicist Enrico Fermi popularized the name “neutrino”, which is Italian for “little neutral one.” Neutrinos are denoted by the Greek symbol ν, or nu (pronounced “new”). But not all neutrinos are the same. They come in different types and can be thought of in terms of flavors, masses, and energies. Some are antimatter versions. There may even be some yet undiscovered kinds of neutrinos! 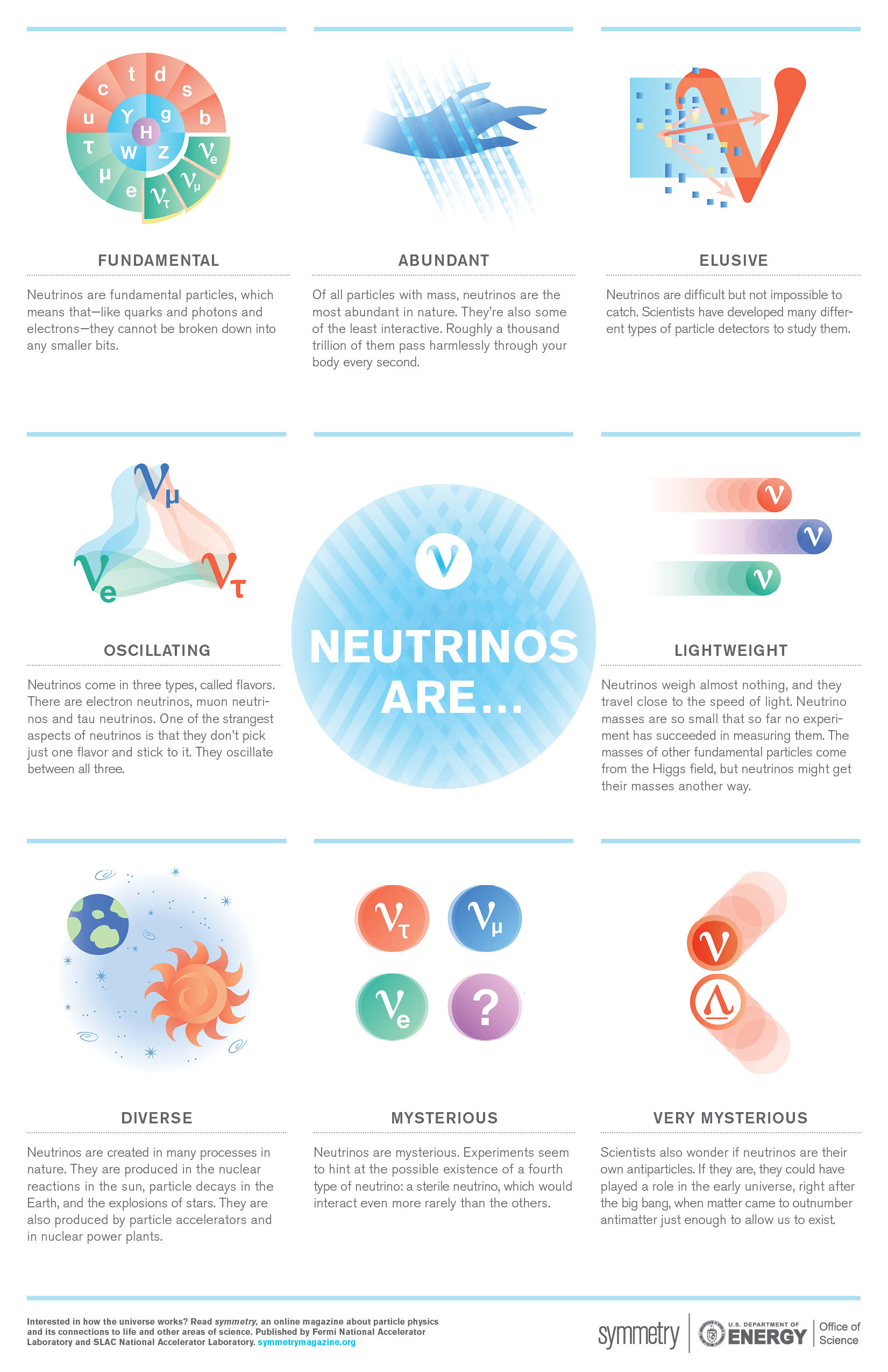