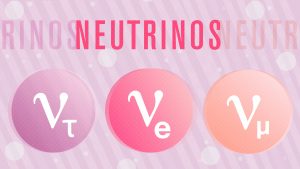 Perhaps the most important thing to know about neutrinos is that they come in three types, or flavors:

Each flavor of neutrino is considered a fundamental particle, or one of the basic building blocks of our universe that can’t be broken down into any smaller pieces. They are associated with three similarly named fundamental particles, the electron, muon, and tau. When a neutrino (finally!) interacts, its partner particle often shows up. That helps scientists identify what flavor neutrino the particle was before it interacted. Scientists never actually see the neutrino itself; instead, they see the other particles that are made when a neutrino interacts in a detector.

Neutrinos are strange particles, and scientists were quite surprised to find that the flavor of a neutrino changes as it travels. Imagine purchasing a carton of chocolate ice cream at the store, driving home, and opening it only to find it was vanilla! So you put a scoop of vanilla in your bowl and walk into the other room to eat it, where you are surprised to find it is now strawberry. That’s what happens with neutrinos. A particle might start out as an electron neutrino, but as it moves, it morphs into a muon neutrino or a tau neutrino, changing flavors as it goes. Looking at how neutrinos change as they travel gives scientists valuable information about the ghostly particles.

Neutrinos were originally theorized in 1930 by Wolfgang Pauli as a way to balance out the math (and the energy) in a reaction called beta decay, something that happens in the nucleus of an atom. Scientists witnessed a radioactive decay that emitted a proton (positively charged particle) and a so-called “beta particle” (an electron). But because of the dictates of various laws—the conservation of momentum, conservation of energy, and conservation of angular momentum, or spin—there had be an invisible particle that played a role. Originally called a “neutron,” it was later renamed the neutrino, a little neutral particle that carried away some of the energy, momentum, and spin.

Neutrinos were experimentally discovered in a 1956 reactor experiment by Frederick Reines and Clyde Cowan. Antineutrinos from a nuclear reactor interacted with protons and, through a process called “inverse beta decay,” produced a neutron and a type of antimatter called a positron (a positively charged version of an electron). This antimatter quickly annihilated with regular matter, producing gamma rays. Although Reines and Cowan didn’t know that neutrinos could have antiparticles, or that they had flavors, the electron antineutrino had been discovered—and associated with its eponymous particle, the electron. 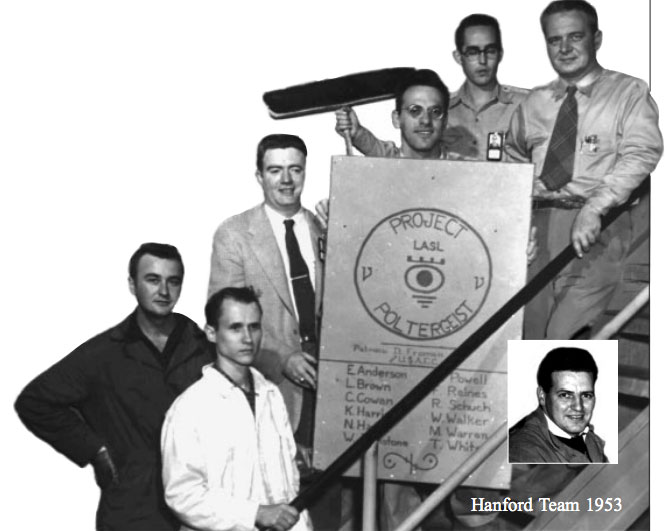 A few years later, a team of scientists at Brookhaven Laboratory used a beam of protons to create a shower of particles that also undergo a sort of “beta decay,” except they decay mostly into muons (heavy cousins of electrons) and neutrinos. The neutrinos that were produced in the accelerator created muons when they interacted, as contrasted with neutrinos produced in reactors, which made antielectrons. The neutrinos were clearly related to their charged partners. They had discovered muon neutrinos. 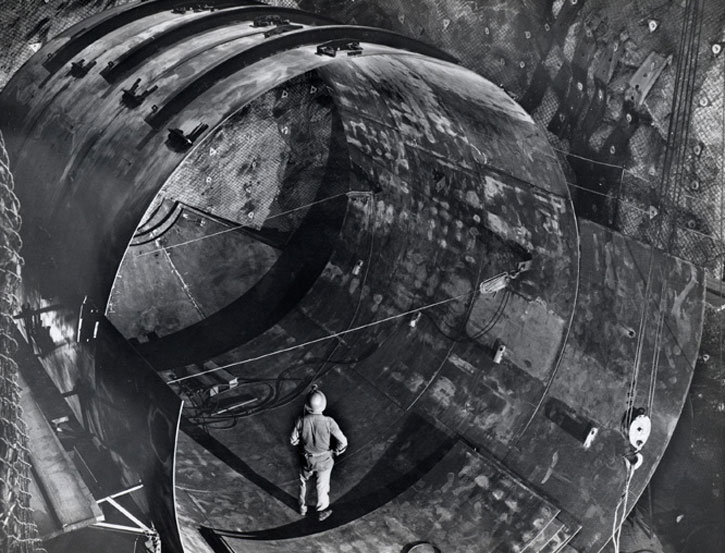 In the 1970s, scientists at the Stanford Linear Accelerator Center discovered the tau particle, an even heavier charged particle similar to the electron. The tau neutrino was theorized but not experimentally discovered until 2000 by the DONUT collaboration at Fermilab. 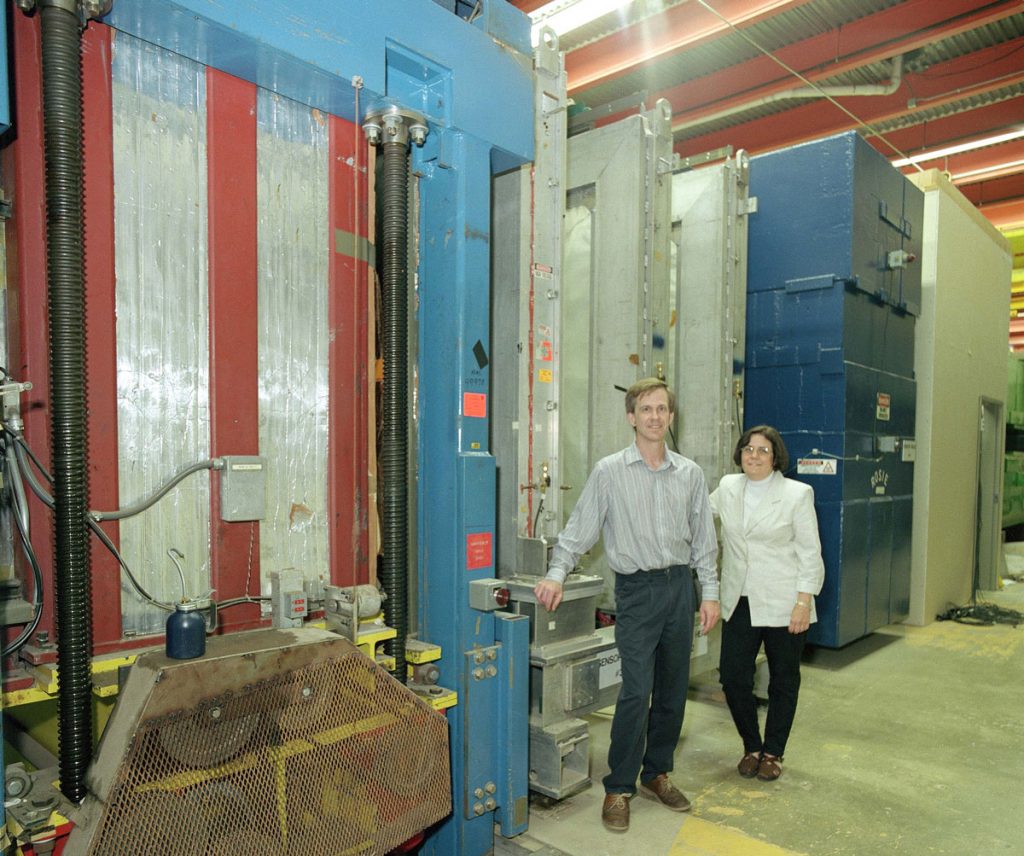 Scientists had finally discovered the three neutrino flavors and realized that neutrinos had the unexpected ability to change their flavors as they traveled. From their very conception, neutrinos were assumed by scientists to be massless. However, for neutrinos to change flavor, neutrinos had to possess mass. To this day, the appearance of non-zero neutrino mass is one of the greatest examples of physics beyond the Standard Model and one of the few places that the model fails. Scientists are very interested in solving neutrino mysteries about mass, including how much the little particles weigh and how the three masses relate to one another.

When Dmitri Mendeleev was trying to make sense of elements in 1869, he attempted to order them by how much they weighed. When arranged into the periodic table, it became clear that some elements, even though they had very different masses, reacted chemically in a similar way. Mendeleev and others were then able to understand the underlying structure: the atoms of different elements were actually made up of the same underlying components that came in different configurations. We now know those smaller pieces are protons, neutrons, and electrons.

Around 100 years later, Murray Gell-Mann and Yuval Ne’eman did the same thing, arranging particles that had been discovered in cosmic rays and in accelerators by their masses. Scientists saw again that some particles, although they had very different masses, could react in similar ways. The search for the underlying components of these particles (protons, neutrons, and their heavier counterparts) led Gell-Mann and George Zweig to propose quarks, which we now know as fundamental building blocks of matter. 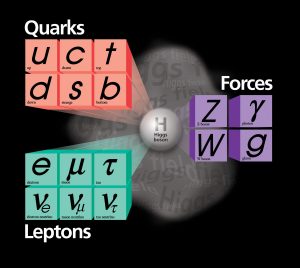 The Standard Model of physics lays out the building blocks of matter: quarks, leptons, force carriers, and the Higgs boson. Credit: Fermilab

The physics version of the periodic table is now known as the Standard Model, but scientists don’t know if there are smaller underlying particles. What they do know is that there seem to be three different generations of quarks and three different generations of charged leptons, the group that contains electron-like particles and neutrinos. It could just be a coincidence that both quarks and leptons have three generations, but the weak interactions of quarks look a lot like the weak interactions of leptons: just as a heavy quark can decay into a lighter quark, a heavy lepton can decay into a lighter lepton.

Electrons were discovered in 1897, and their heavier cousin, the muon, was discovered in cosmic rays in 1936. The heaviest version, the tau, was not discovered until 1975.

Scientists think that quarks and leptons might be related because of their connection through the weak force. For example, a particle made up only of the lightest quarks (say, an up and an antidown quark) can decay into a pair of leptons: a muon and a muon-flavored neutrino. On the other hand, a particle made up of one or more heavier quarks can decay into lighter quarks or into leptons (or into both).

The study of these transitions between quarks or between neutrinos is called flavor physics. However, calling them both by the same name doesn’t do justice to how different the probabilities are. While there is a huge amount of mixing between neutrino flavors, a quark in one family will mostly change into a quark that’s in the same family if it’s lighter. Only a few percent of the time will it change to a quark that is one generation away, and only one out of a thousand will change to a quark that is two generations away. 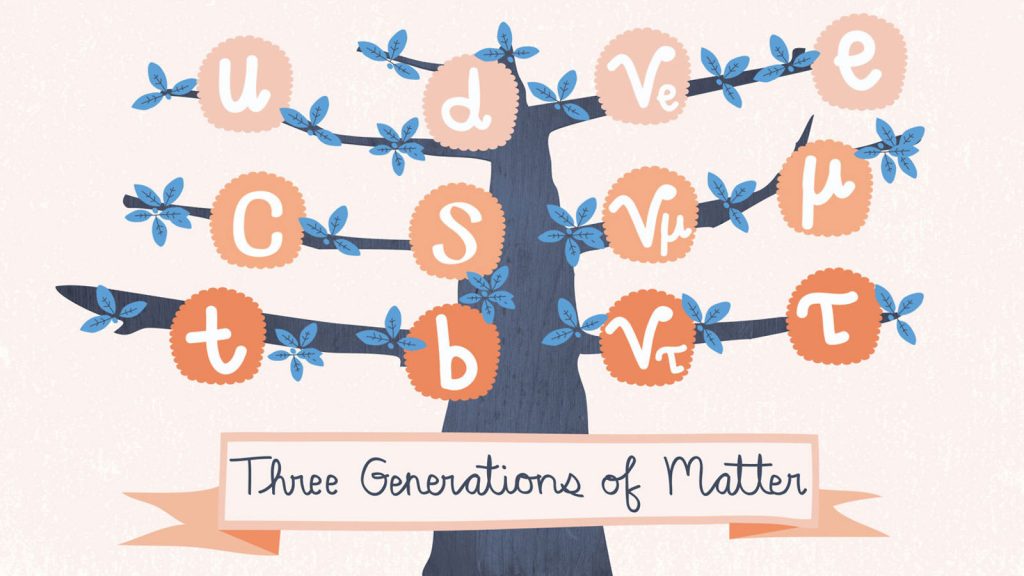